For as long as I have been a Mason I remember the Masonic Gavel looking like all the other gavels I have ever seen.  They resemble, or are, the gavels used by the auctioneer or by judges on TV.

See, the common gavel is one of the Working Tools of an Entered Apprentice.  The degree speaks of the gavel being used by operative Mason’s.  It was used to hew off the corners of the rough stone.  It didn’t seem right that those stone cutters would have used the auctioneer’s gavel.

And they didn’t.  They used this: 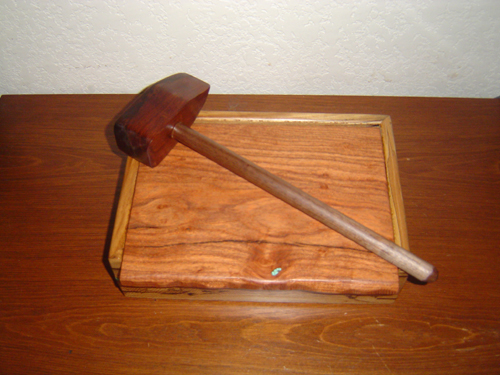 So, as it turns out, the Mason’s common gavel is not being used in most Lodges that I have sat in.  Rather, the auctioneer’s gavel, or mallet, is being used.